Dogs roam free on this island.   They had tried to implement laws to control these pets, but the people refuse to follow them.

Two problems have developed from this:  rabies and motorbikes.

Rabies was not a problem until foreigners started bringing in rabid dogs from out of the country.  Any dog without a collar is an indication that the pet may have rabies.  Animal control would capture the dog, give it a rabies shot and then release it, hoping it will find its’ way back home.

The second issue is the collision with motorbikes.  Not only would the dog get injured but chances are the motorbike rider will be hurt also.

Dogs are not known to be aggressive.  We’ve encountered many just strolling along the beach or sidewalk.  They would just ignore you and walk right by without a sniff.

A early morning playful Doggie time in the Bali Sea 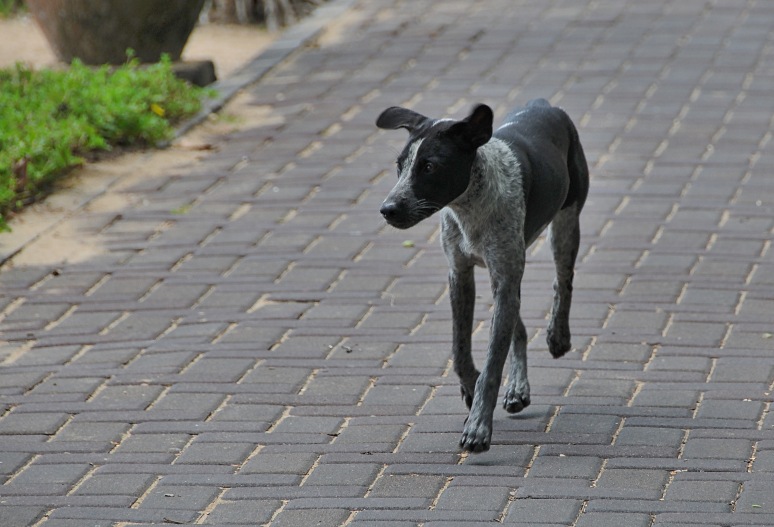 A collarless dog out for a stroll