My second last post of Amsterdam are some street scenes that didn’t make it in my previous posts.

Security making their presence on the street

Damstraat.  Our hotel was only a couple of short blocks from here.  The street is filled with great take-out and restaurants.  “Crispy King” had some of the best fries I ever had.  I took this photo having an expresso on the patio of a popular restaurant in Dam Square.   We were taking refuge under the awnings from the rain.

On Nes, the Flemish Art Center makes use of the barriers surrounding a construction site with a gallery display of photos by local artists.  Our hotel was on the opposite side of this narrow path that led to Damstraat.

I was on the other side of the canal when this parade of carriages rode by.  Accompanied by security, I’m not sure what part of official capacity this was about.

An example of many narrow pathways throughout the city.  After a couple of days, we started using these to avoid congestions on the popular crowded streets.

Sarphatistraat.  We took this route to see an old-style Windmill.  I wanted to show an example of the transportation system in Amsterdam and how the city accommodates all.  From left to right – pedway, south bound bike path, tram rails, one-way car street, north bound bike path and pedway.

This individual hauled out a bunch of bread chunks to feed the pigeons. 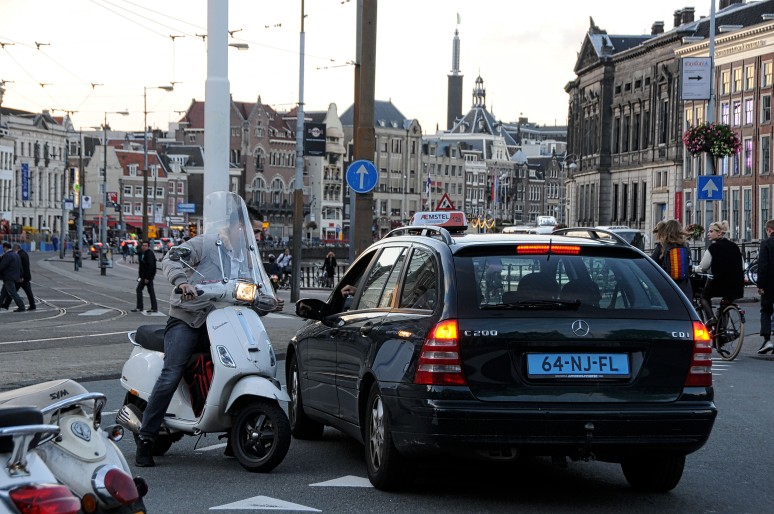 A biker and cab driver have a friendly conversation in the middle of an intersection. 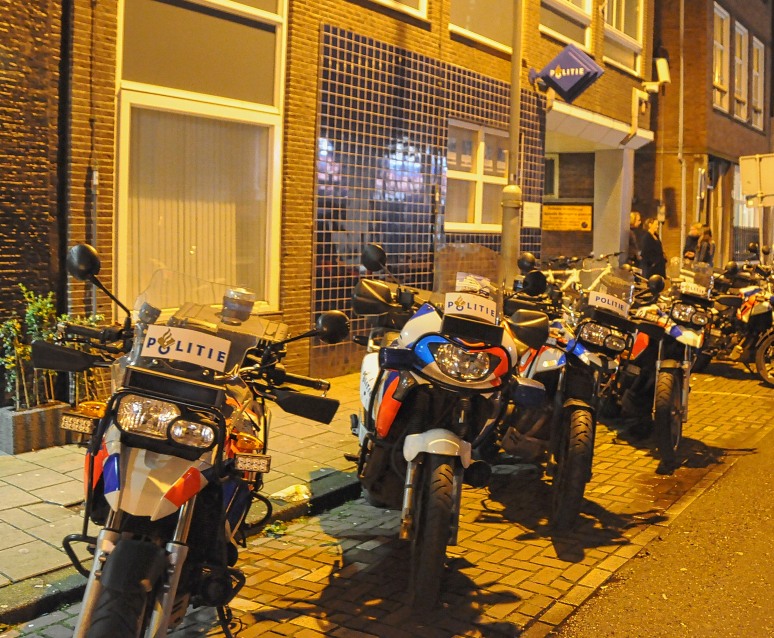 Outside a police station on Beurstraat 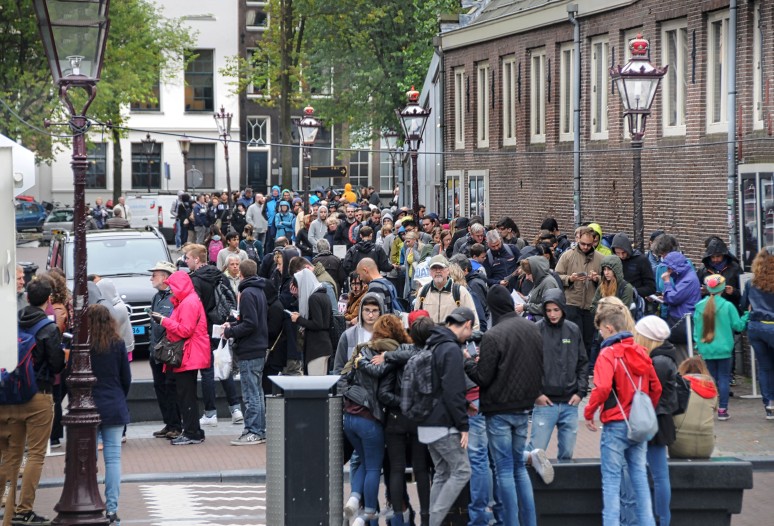 Part of a two block lineup for Anne Frank house

Begijnhof.  A square in the Museum Quarter. 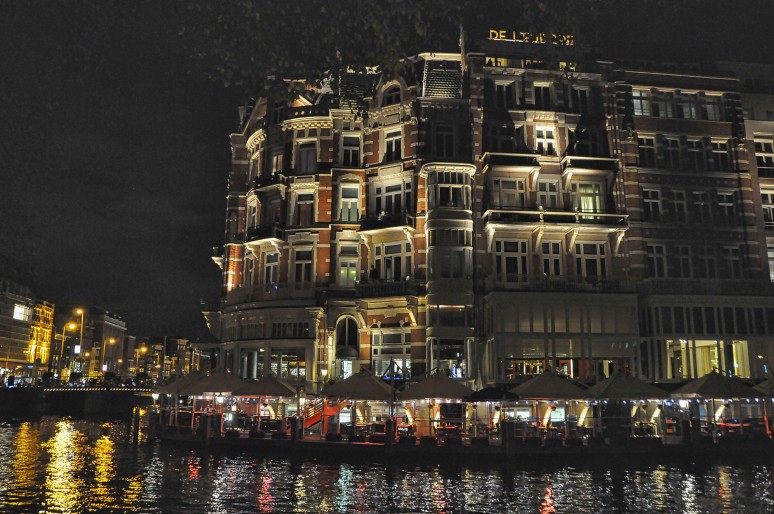