With over 88,000 participants, Dam Tot Dam Weekend is the largest sporting event in the Netherlands.  The full weekend event starts with the Saturday “Damloop by Night” (see previous post) and ends with the “Dam tot Dam FietsClassic” and “Dam tot Damloop” on Sunday.

We were totally unaware of the cycling event during the weekend.  As we headed to Amsterdam Centraal, we were surprised to encounter all these cyclists warming up on Damstraat.

Behind Amsterdam Centraal, runners leave their gear to be picked up later in Zaandam.  With the anticipated 50,000 runners, it took 5 semi-trucks to haul the stuff.

Special Needs participants are the first to come to the Finish line in their .6 km effort.

My husband Rod (fourth from left, in black) keeping pace

A small plaza on Peperstraat brings a nice sitting area with food and beverages. 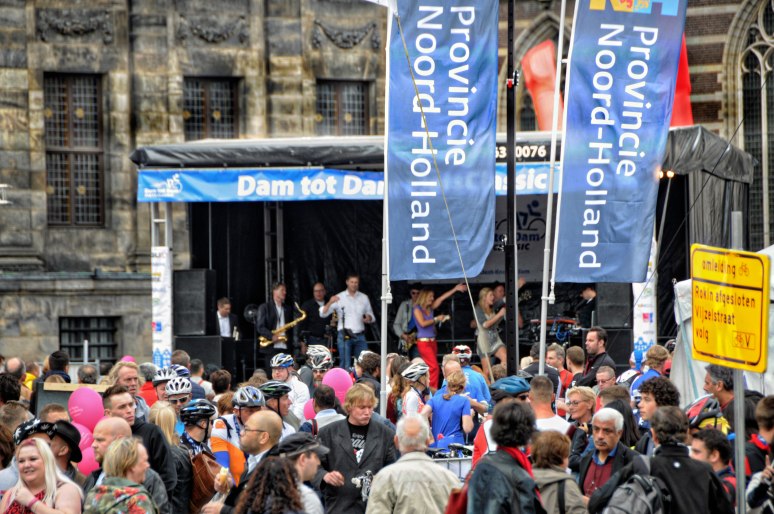 Back in Amsterdam, we head back to our hotel.  Passing through Dam Square, we find things are rockin’.