On our trip to Germany, we planned on exploring the villages, towns and cities surrounding Frankfurt instead of focusing only on the city.  We discovered it was a good decision, as we found very little (as a tourist) to do in Frankfurt.

Out of the 11 days we were there, we spent one and half days in Frankfurt.  Armed with a German Rail Pass, we explored 10 different communities in 5 different districts, covering approximately 3000 kms of train travel in 10 days.  This pass allowed us to hop on and off at any place and at any time as long as we remain in Germany.  We usually caught the trains after morning rush hour and then return after supper when we would have no problem finding a place to sit.   If you’re lucky, which we were many times, you can grab saloon seating with a table.

For $4.50 pp, we can reserve a seat.  We did this for our trip to Munchen (Munich).  It was a good thing, as the train was jam-packed due to Octoberfest revelers and Munchen being the Octoberfest capital of the world, it was to be expected.

The only time and probably the most fun was our last trip which was from Erfurt, Thuringia.  The train was an hour late coming from Berlin.  We ended up sitting on the floor beside one of the car doors.  Good thing it was non-stop, otherwise we would have had to keep removing ourselves to let passengers in and out.  It was kind of cool, with our backpacks and treats spread around, we were able to stretch our legs out and lean against the partitions.  This two hour train ride was a neat way to end our vacation.

The following photos are just a small depiction of the stations we either passed or was our destination.

I loved the variety of station sizes, architecture and character. 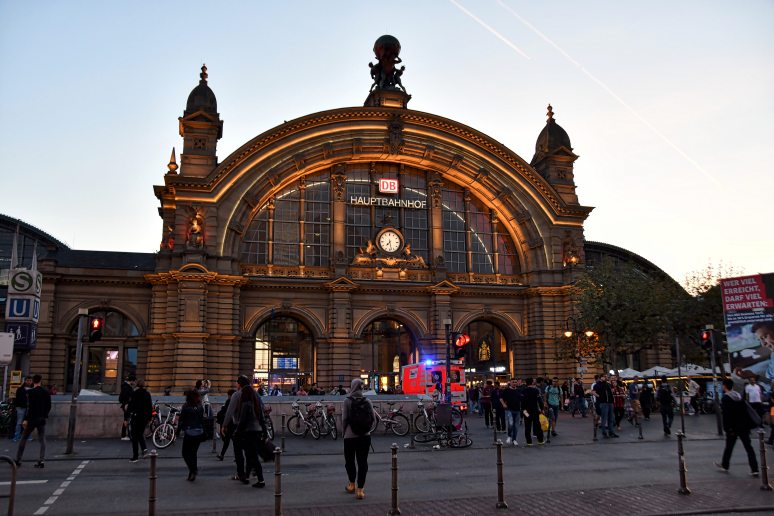 Frankfurt Hauptbahnhof.  This was our departure and arrival station every day except one.

One of the many platforms inside Frankfurt (Main) Hauptbahnhof.  Not as many travellers after morning rush hour.

An ICE train sits at a platform getting ready for a departure.  The ICE trains were our favourites.  Fast and efficient with fewer stops. 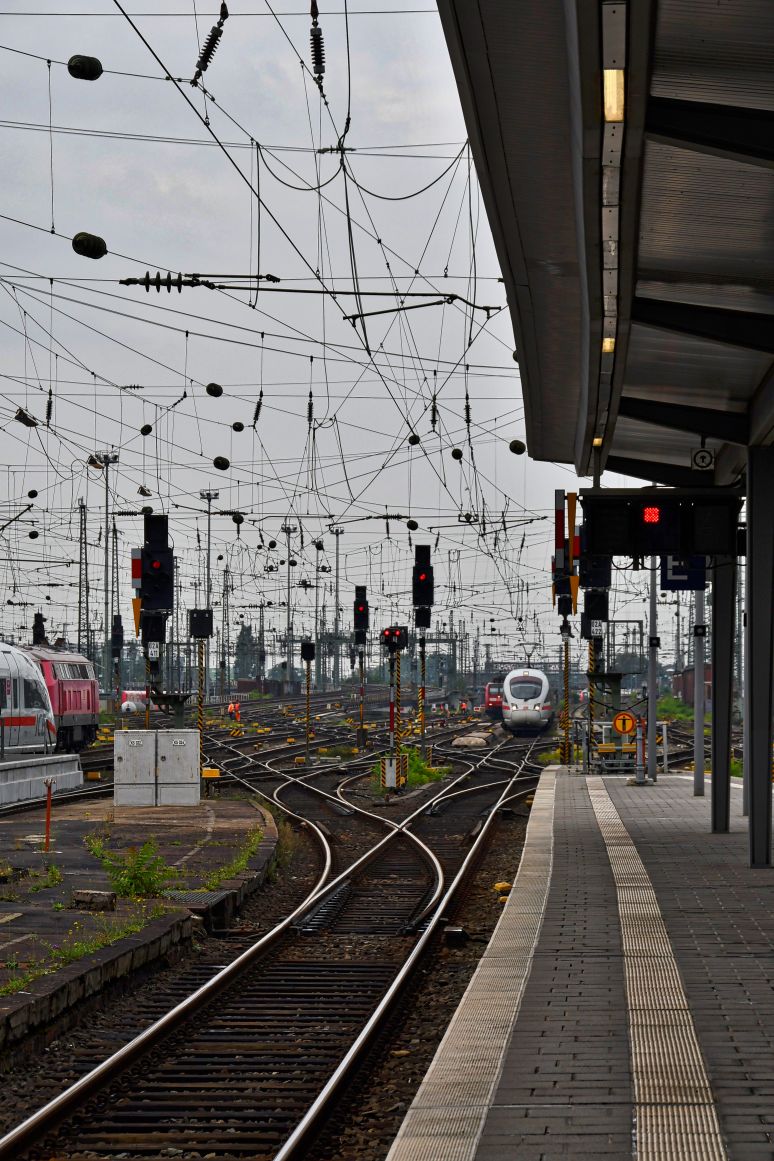 Leaving Frankfort (Main) Hauptbahnhof, you can imagine the number of tracks by all the cable lines.

I loved these model trains stations.  This one is located at the Heidelberg Hauptbahnhof. 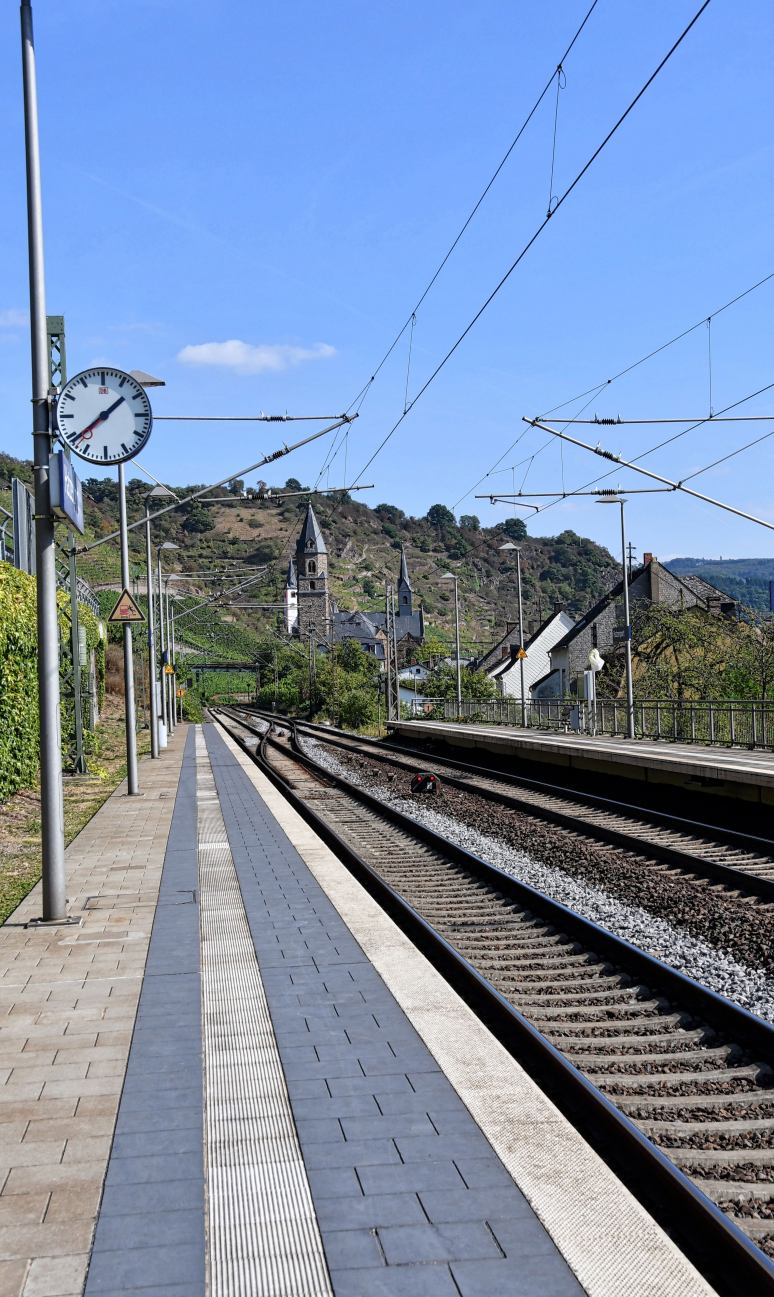 Hatzenport Station.  We got off prematurely at this station and had to wait for the next train, which was about an hour later.  It allowed us time to explore the small village. 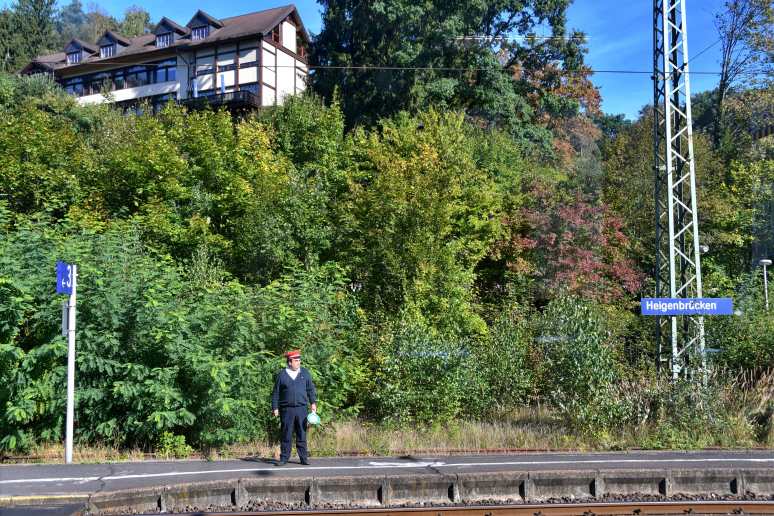 Helgenbrucken employee guides pedestrians when to cross the tracks.

Zwingenberg Station.  This photo gives you an idea of “open saloon”  (seats facing each other without a table).

Marburg Station stairwell allows passengers to access various platforms from over the top as oppose to underground. 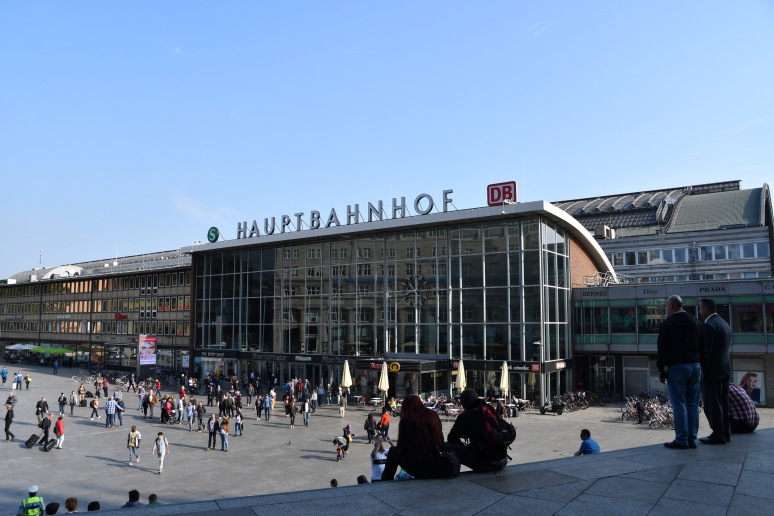 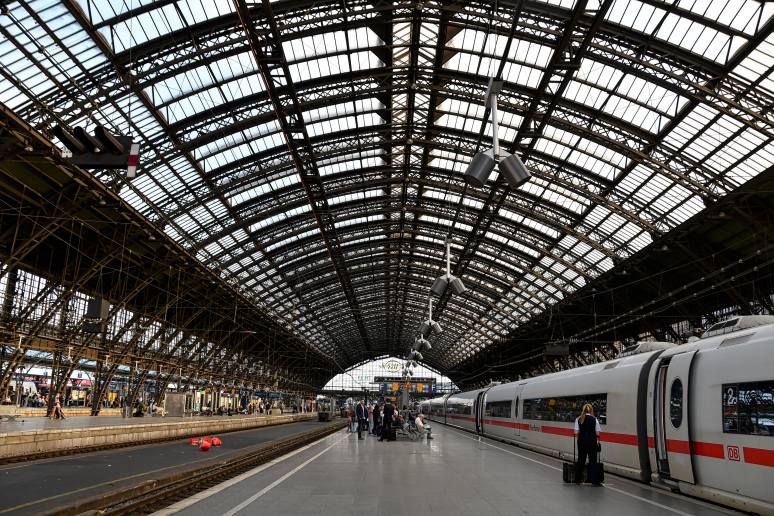 The vastness of the platform in Koln (Cologne) reveals the length of the trains.