Montjuic Mountain ( Barcelona, Spain (4) – Castell de Montjuic ),  Mount Tibidabo ( Barcelona, Spain (6) – Temple Expiatori del Sagrat Cor ) and in our hotel room were the three high points in which these photos were taken from.  With a population of 1.6 million in a 100km square space, this city is huge and congested.  With so many multi-family dwellings, it would be hard-pressed to find single family residences with front and back yards.

From Montjuic Mountain, located on the southeast corner of the city 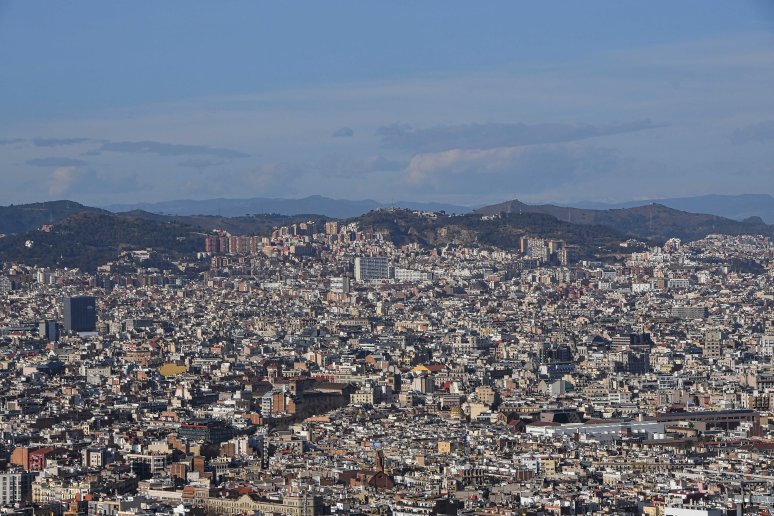 Shipping yard to the east

From Mount Tibidabo, located on the northwest edge of the city.

The following photos are looking east.  Montjuic from the previous photos is to the right. 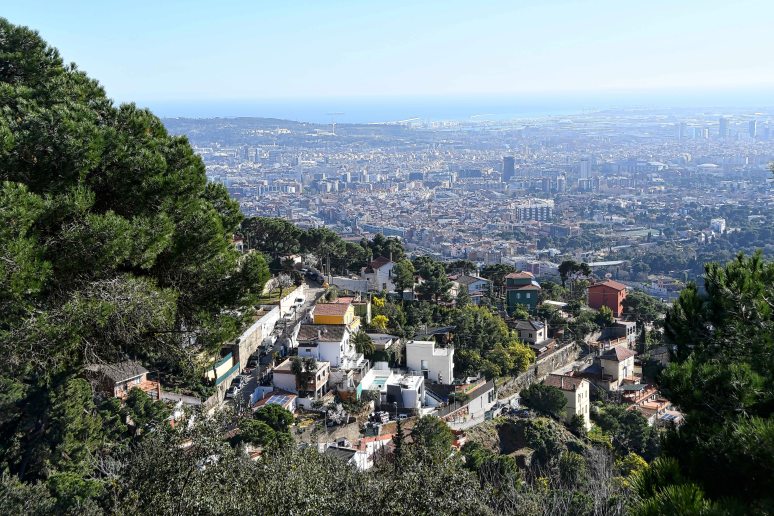 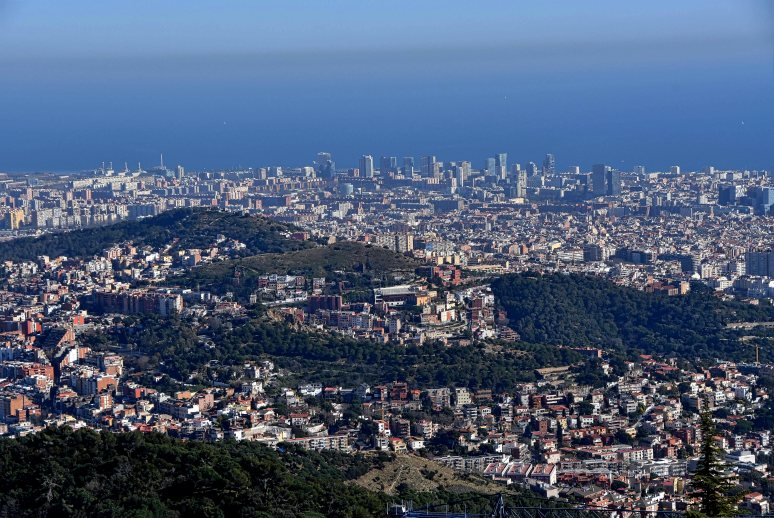 From our hotel, Hotel de Catalunya

Barcelona Sants, the main train station is conveniently located next to our hotel.  The station provides services locally and regionally.  We enjoyed watching the people coming and going, using the transport system as their daily routine.

Looking south towards Mount Montjuic, you can see the Tower at the Olympic Site 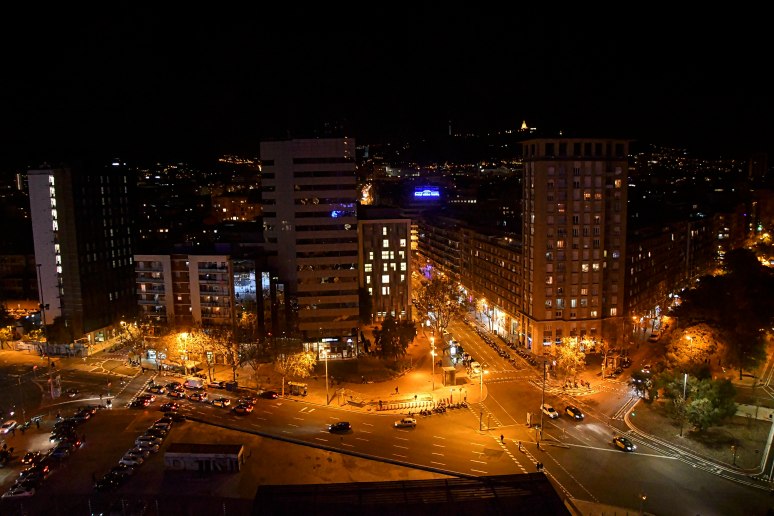 Night shot from our hotel room 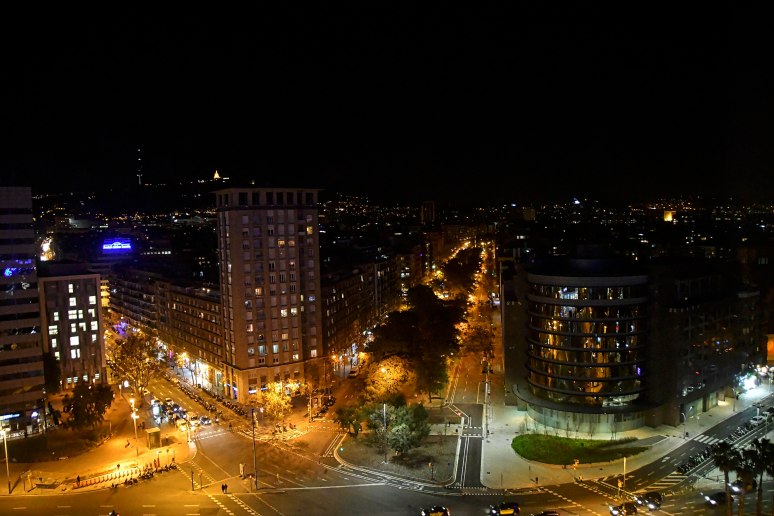 Another night shot from our hotel room

Barcelona Sants at night still maintains its’ hustle and bustle